Many people want to know – “why people stutter”. Stuttering occurs in about one percent of adults worldwide. Therefore, in the US, that would be over 3 million people who stutter. Worldwide there are 70 million.

The outdated psychological theory of why people stutter

What causes stuttering in the first place? For many years, stuttering was thought to be a psychological or emotional disorder. Early treatments focused on psychotherapy and clinical psychology to deal with the traumatic events that researchers at that time believed were the causes of stuttering. The belief was that well-meaning parents called too much attention to the speech of their pre-school aged children causing them to become anxious about their normal speaking errors and begin to stutter. There was no research that supported this view. It just seemed like a good idea at the time. As a direct result, many parents blamed themselves for causing their child to stutter – including my own mother.

Stuttering can now be traced to brain neuroanatomy and physiology, according to recent studies. Researchers at the University of California, Santa Barbara published a study that seeks to identify the structures in the brain that are linked to stuttering behaviors.

The researchers used Diffusion Spectrum Imaging (DSI) in an advanced MRI brain scanner to examine the brains of stutterers. DSI can isolated tracts in the brain in three-dimensions. These tracks carry information to different parts of the brain. The scans showed that the majority of the stutterers were missing a small part of the tracts that are important for speech.

This study does not answer the question of why people stutter, but it adds some important information to the puzzle. Further research is necessary to confirm and expand these results, but this study shows definite physiological brain differences in people who stutter compared with non-stutterers.

a) Regions connected by tracts with a significant morphological difference between stutterer and matched controls. (b) Anatomy present in controls and absent in stutterers highlighted by dark blue spheres, maroon for the opposite

In the  video below are interviews with two UCSB researchers, Dr. Roger Ingham and Dr. Scott Grafton who explain their results:

These are the same stuttering researchers that have developed the newest, high-tech stuttering treatment program, the MPI-2 Stuttering Treatment Program. 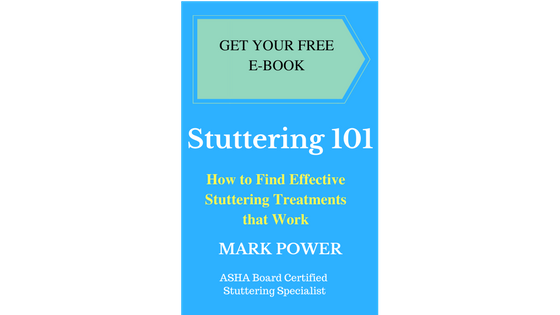